https://www.createon.com/
Free shipping on orders over $75.00 to a single location. 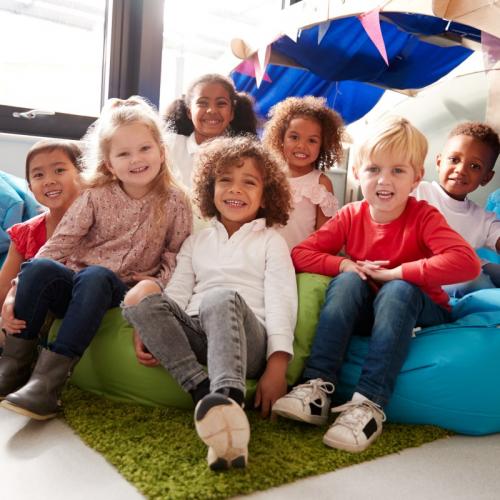 It’s the question that teachers, especially kindergarten teachers, hear over and over and over again from anxious parents. How can I help prepare my child for school? Should I have my daughter do two or three (or seven or eight!) workbooks over the summer? Should my son practice writing his name ten times a day? Twenty? If only these well-intentioned parents knew that helping their children learn should be so much easier and a bunch more fun, both for them and their little ones. How? By simply allowing kids time for what they do best – Play!!! Making structured play and free play a priority for kids teaches them so much more than a workbook ever could!

There Is No Wrong Way

There are basically two types of play, structured play and free play, and both are vital to a child’s growth and happiness. By encouraging both, parents are creating life-long learners with outstanding logical and creative thinking skills.

Unstructured play, commonly referred to as free play, is open-ended and creative without necessarily having an end-goal in mind. Free play is all about discovery and exploration. It can involve more than one child or an adult (parent, caregiver, teacher) just as long as the adult remembers not to give instructions or try and direct the activity. Praise and encouragement, on the other hand, are always needed!

Structured play, sometimes called goal-oriented play, involves following directions or using logic to solve problems. Structured play is all about communication and accomplishing a task. It should be child-led, but an adult (parent, caregiver, teacher) may also be involved, especially with younger kids to help make sure their brains soak up as much learning as possible.

Structured play is key in helping a child learn new concepts, develop fine motor skills and hone those oh-so-important listening skills. It also boosts a child’s self-esteem as he or she works through a problem or puzzle before proudly showing off his or her accomplishment with a radiant, “Ta-Da!” The adult’s role in structured play is to help the child scaffold his or her learning. How? By beginning with what the child already knows, then encouraging him or her to stretch those skills and learn something new. For example, if your child already loves putting together Magna-Tiles® to create a cube, you can help him or her follow directions and put several cubes together to build a spaceship destined for out-of-this-world adventures!

Some adults still feel that unstructured play simply isn’t important. But free play is about so much more than “just horsing around”. As education guru Maria Montessori has said, “Play is the work of the child.” Free play allows a child to feel in control of what is happening and to discover what he or she likes and doesn’t like. It also gives the child freedom to make mistakes without fear of failure. (Something we as adults need to remember how to do!) For example, your child can create any type of building he or she imagines from Magna-Tiles®. It doesn’t have to look a certain way and if it falls over, well that’s just another opportunity to build something even more amazing!

Yes, there are indeed doctors who study play and even write clinical reports about it. (Which, we have to say, sounds like exactly the opposite of play!) In a recent report released in September of 2018, (The Power of Play: A Pediatric Role in Enhancing Development in Young Children) it was recommended that doctors write their young patients a prescription for play. Yes, some adults have gotten so far away from understanding the value of play that they must be told by a doctor!

One of the authors of the report, pediatrician, Michael Yogman, MD, FAAP, said, “Play with parents and peers is fundamentally important for developing a suite of 21st century skills, including social, emotional, language and cognitive skills, all needed by the next generation in an economically competitive world that requires collaboration and innovation.” So if you are concerned about raising a bright and confident son or daughter, stop worrying. Start playing!

Picked Just For You

Fill out the form below to receive an email when Stop Worrying. Start Playing! is back in-stock